The photos below which have long gone viral on Thai social media space, show the moment a woman from Thailand used a marker to write several things on her cheating husband’s truck. 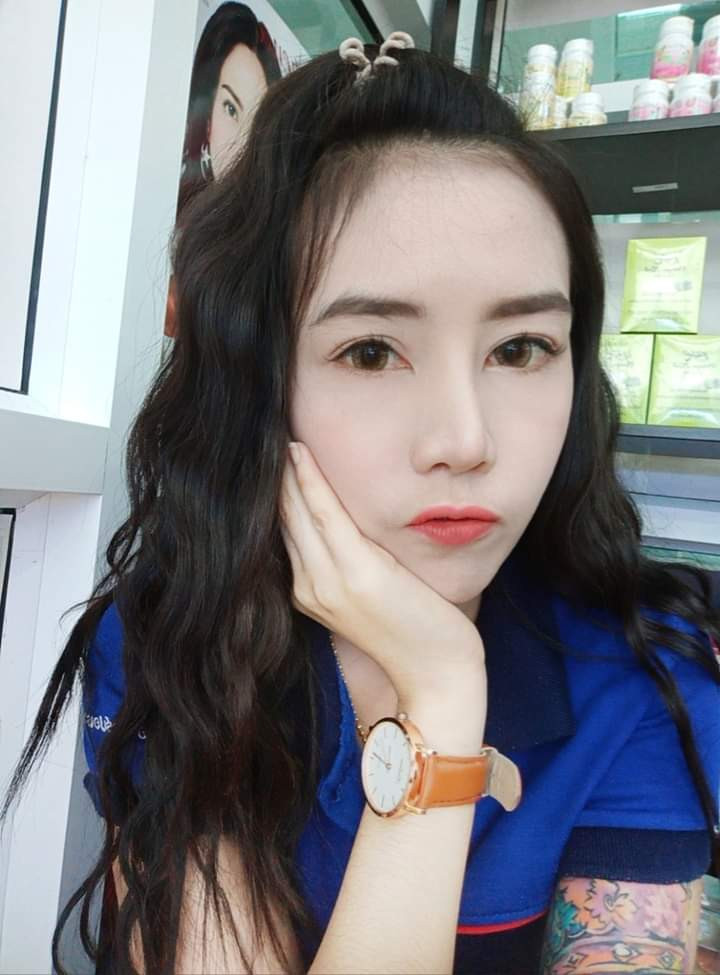 The photos were shared on Facebook by the Thai wife herself, identified as Wachiraporn suksawat. She also set her cheating husband’s clothes on fire. 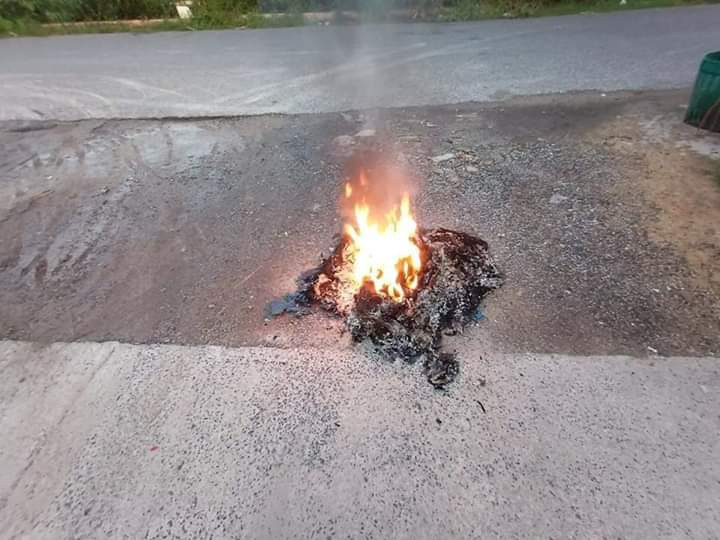 Her writings on the truck contain messages: “You f***ing water monitor” and “I let you go out and you behave like a water monitor”.

According to local media, Sanook, the Thai word for the water monitor (hia) is a strong swear word. 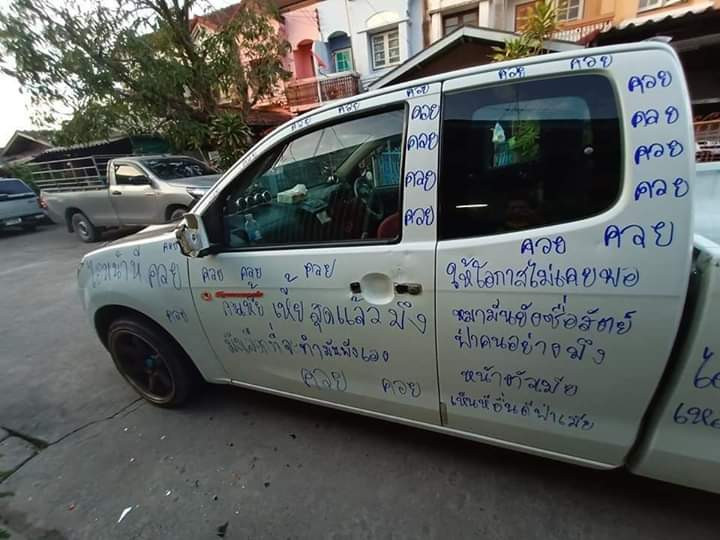 The angry wife also said that her husband admitted taking another woman into the marital home.

But the man denied the cheating allegation. The wife said she has GPS and picture evidence. 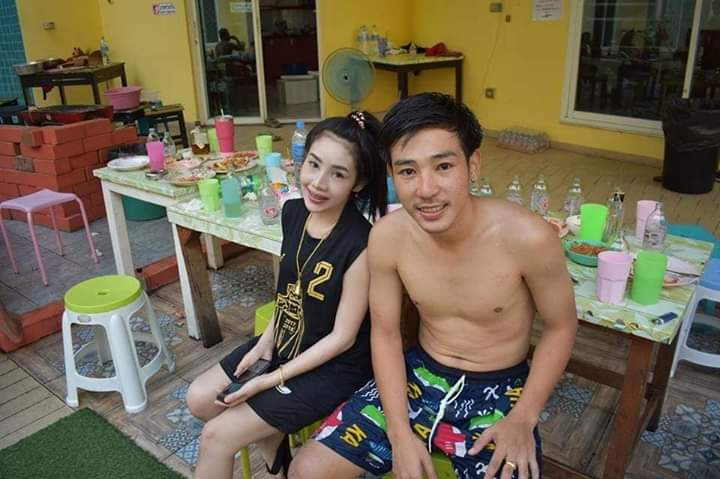 What do y’all say? 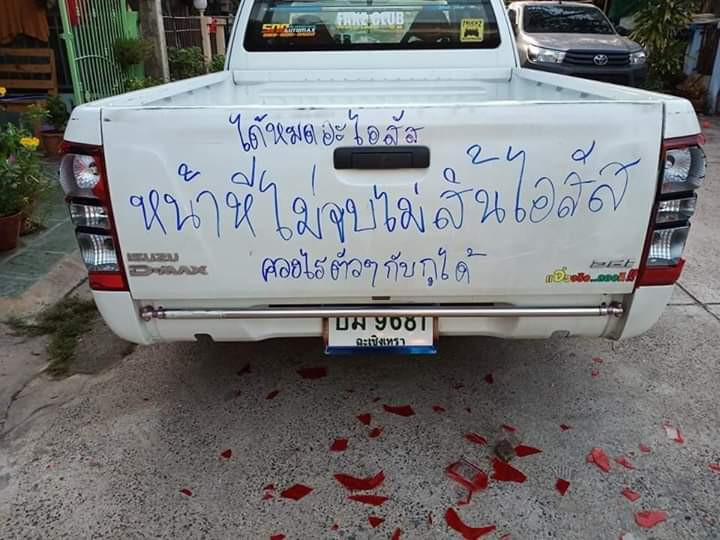 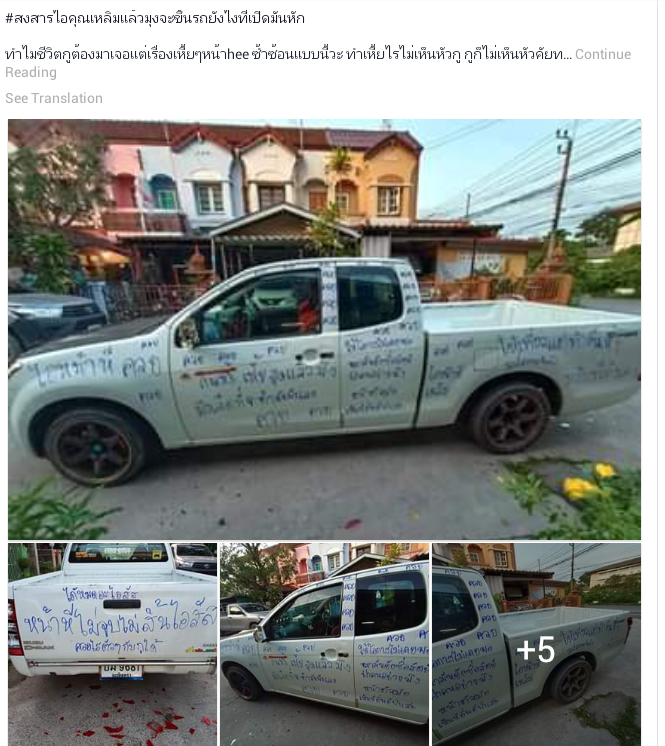