It is no secret that actor, Bill Murray is quite fond of his costar Selena Gomez.

The photo below showing Selena Gomez and actor Bill Murray went viral last month. They were pictured together in the opening ceremony and screening of “The Dead Don’t Die” during the 72nd annual Cannes Film Festival on May 14, 2019 in Cannes, France. 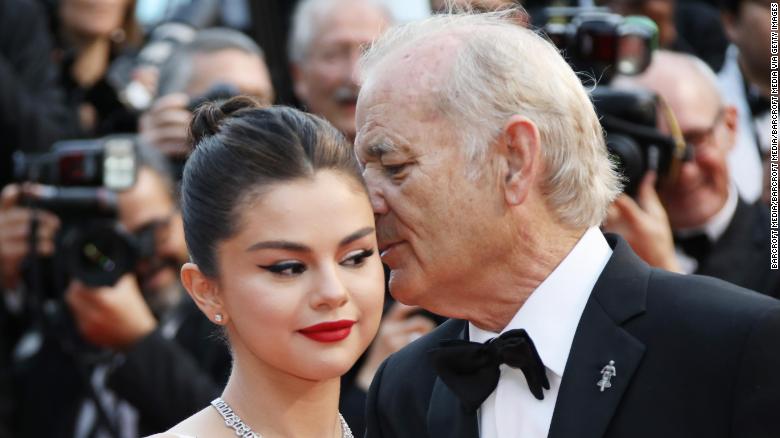 The singer/actress later visited NBC “Tonight Show” and told host Jimmy Fallon what her “The Dead Don’t Die” co-star Murray was whispering in her ear at the Cannes Film Festival.

“It wasn’t even — first off, that kind of looks weird,” Gomez said of the photo that Fallon showed the audience. “But he was just saying dumb things, like he would just lean in and be like, ‘You look great tonight.’ And then he’d look back seriously and be like, ‘Where are you from?’ And I would just sit there, and I’m trying to be poised. It was fine. That’s what he did with all the time. In press conferences, he’d try to hit me with things. Yeah, it’s just he’s fun. He’s a big kid.”

“If my mother were alive I’d bring her home to her,” Murray told People. “I learned that I like her. I learned that whatever preconception I had about someone that had 55 million billion followers of something — I probably thought she was different than she turned out to be.”