Several people were injured at a gay pride parade in Washington on Saturday June 8, when crowds tried to run away from what they thought were gunshots at the location.

Washington police Commander, Guillermo Rivera said that police received a report of a man with a gun at a park. 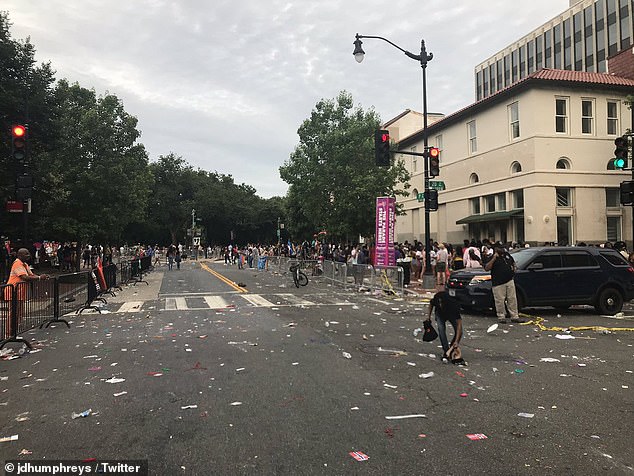 “As the officers were going to that scene there was a crowd of people running away from it,” he said. “Some of the individuals in the crowd said that there was a man with a gun and that someone had fired shots.”

But police did not find any evidence of shots fired, Rivera said. 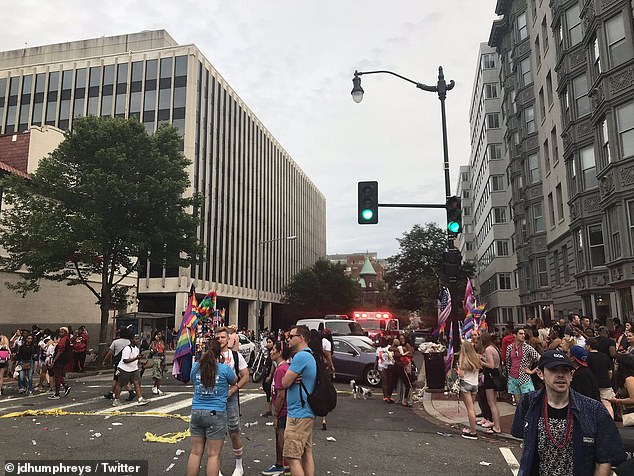 Seven people were reportedly taken to hospitals with non-life threatening injuries and a many others who suffered minor injuries were treated at the scene.

Officials said a man was later arrested when police found a firearm near him, but the man’s name was not revealed. 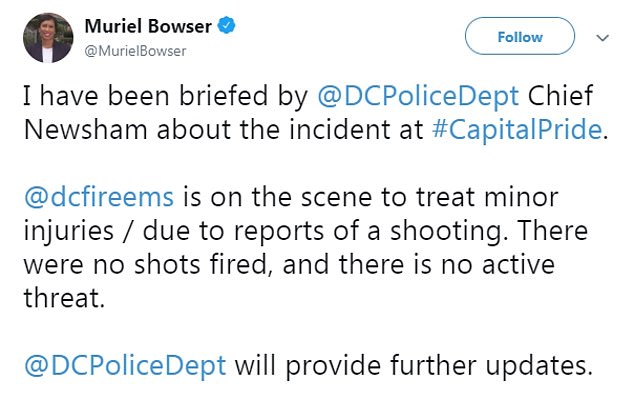 Police say they are reviewing video to determine the cause of the sounds that sent people running.

Gay pride is an annual celebration by gay community around the world which takes place in June. Some parades are usually set around June 28 to mark the anniversary of a 1969 police raid at the Stonewall Inn gay bar in New York. Patrons fought back during the raid in what later inspired the modern Lesbian, Gay, Bisexual, and Transgender (LGBT) rights movement.