A California woman recorded the video below that shows many police officers aiming their guns at an unarmed black man.

In the video, the woman who identified herself as Sky, can be heard asking several questions to the police officers on why they are aiming weapons at the unarmed black man who tells Sky his name is William.

“Prairie and El Segundo, and they have their guns drawn on this young black man right here,” the woman says at the beginning of the video. “Why are your guns pulled on this young man?”

As can be heard on the video, the woman was asking the police officers questions and at the same time speaking directly to the young man, telling him not to move because they will shoot him.

“I ain’t got no weapons,” the young man says. “Are you gonna shoot him?” she asks the officers, before warning William, “Relax, because they will shoot you.”

Sky can be heard crying and saying that her boyfriend, Leroy Browning, was the victim of police brutality in 2015. “They killed my boyfriend, in 2015,” she says. “Yes he was killed by the police.”

One of the male police officers then approach Sky and told her that William “loosely matches the description” of someone who perpetrated a robbery. Another officer told her they’re just detaining him and they had their guns drawn because they were told the suspect was armed. “We’re not saying he’s the suspect, but we’ve got to figure out what’s going on.”

Hawthorne Police Department later released a statement that day stating: “After assisting officers arrived, the subject was handcuffed and detained for further investigation.”

In general, the police are really doing a very good job for our safety and security and they should be commended. Their job is very tough and they need our support. However, the police should be careful in some cases so that no innocent person becomes a victim by mistake. 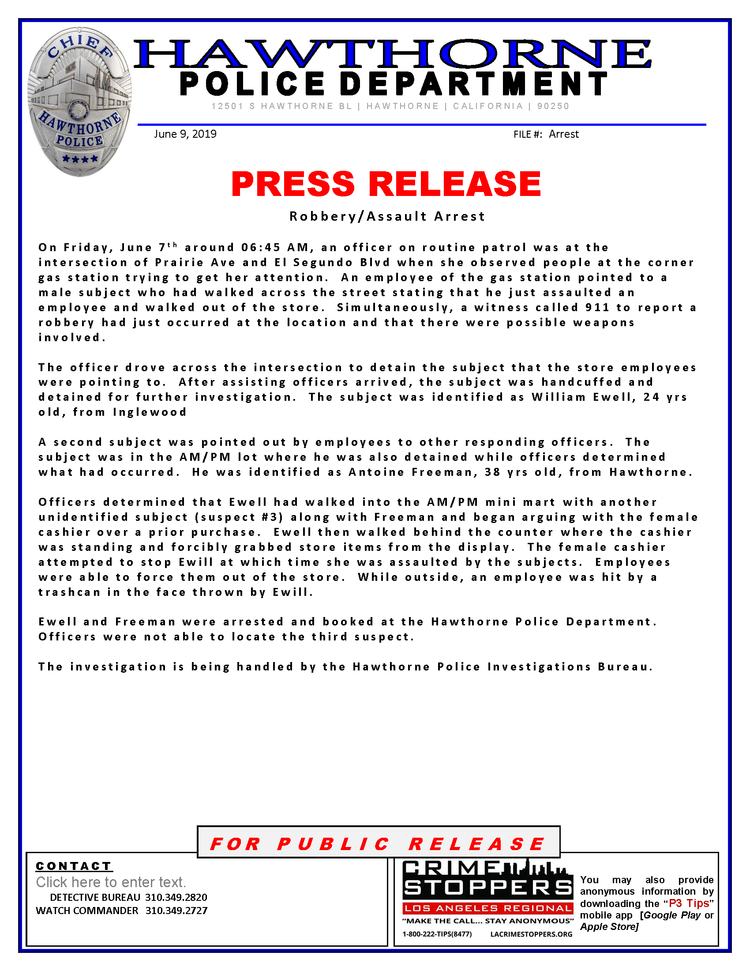 Thinking about all of this, it hits me that what while what Skye did is remarkable, and it's incredible that she happened to be there at that exact same time, it's not incredible at all that she lived through a horribly similar experience with her boyfriend.

The video, which was recorded on June 7, has since gone viral.