A heartbroken woman took to Facebook to share bitter experience about how her boyfriend of 2 years left her and secretly married someone else without her knowledge but still relating with her as if nothing happened. 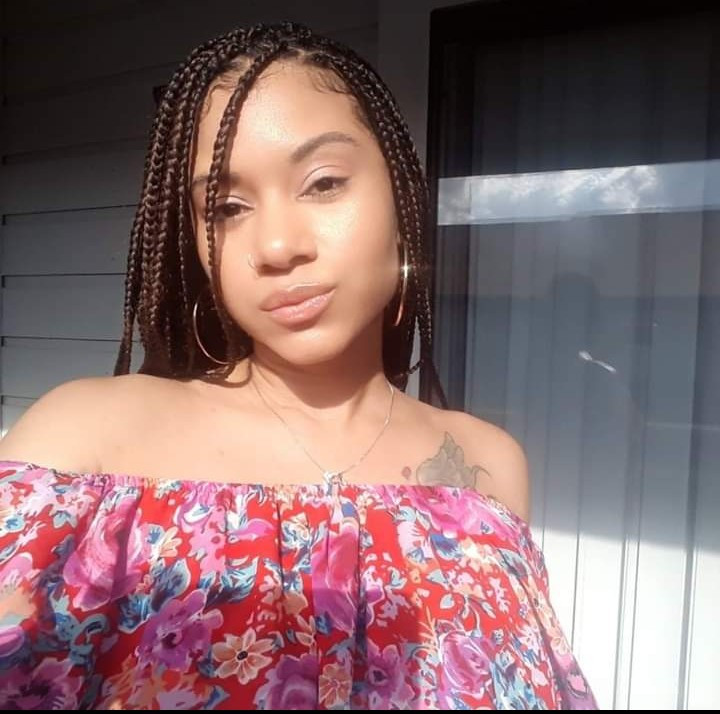 Jennifer Washington said all was well between her and boyfriend Fredrick Burnom. They even took a trip together two weeks ago to see her family before he married another woman named Raquel Massiel.

When Jennifer found out about the wedding, she confronted Fredrick via text message but he couldn’t give any good reason why he didn’t break up with her before marrying someone else.

According to Jennifer, all that her boyfriend could say was that he married the other woman because he wasn’t getting along well with her.

Heartbroken Jennifer shared screenshots of the text messages and photos from Fredrick’s wedding.

What do y’all say about this? See below 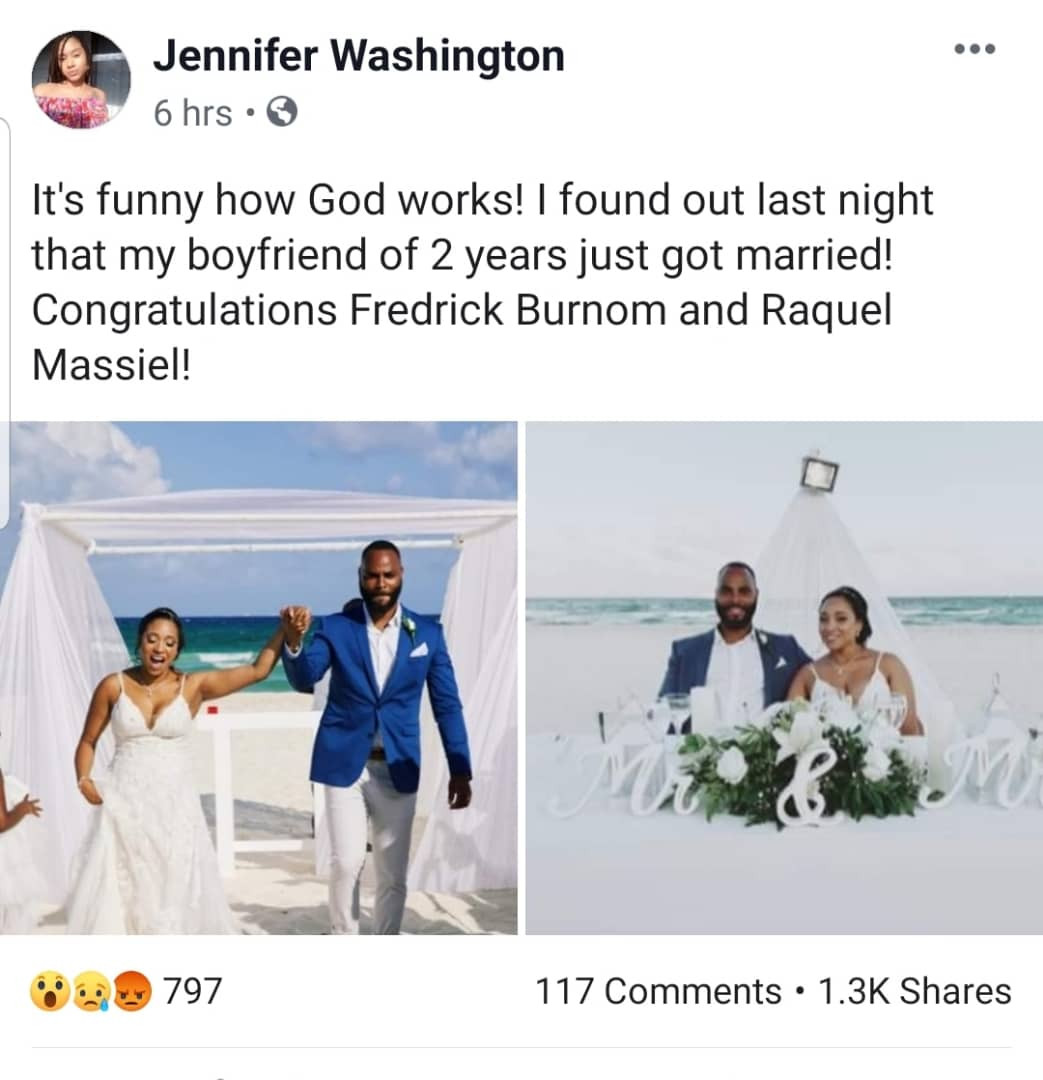 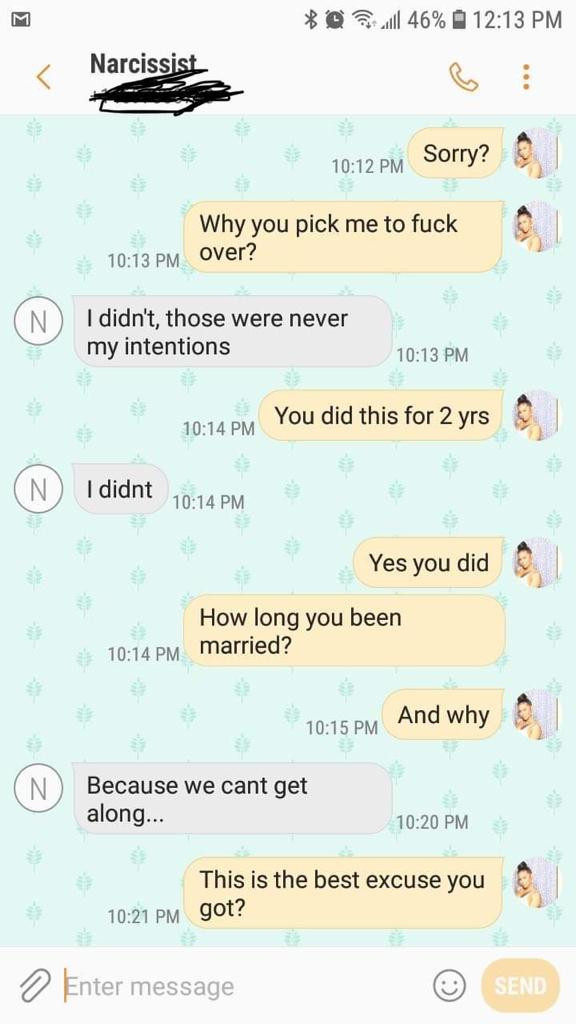