A British man living in New York killed his American wife, 12-year-old daughter, and then shot himself, an inquest heard. 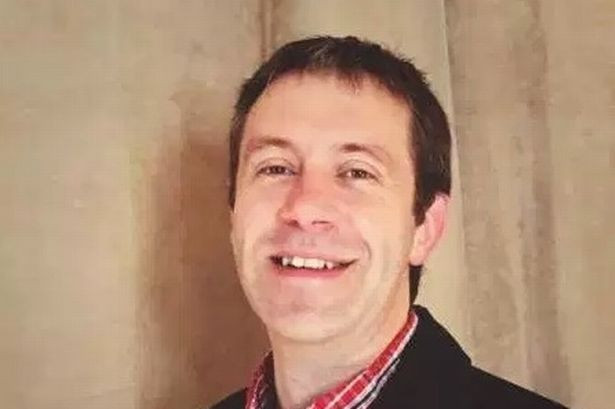 A day before the double murder-suicide incident, Steven Jones, 46, reportedly sent email to a family friend of over 40 years, Kenneth Petch, apologizing for creating ‘such chaos’, stating that he was doing it to ‘protect’ his daughter. He asked that the email to be relayed to his parents, Roy and Rita.

“Hi mum and dad, this is Steve. I do this to protect Emma. It’s taken me 18 years, but I realize that I have wandered down the wrong path with the wrong person and that I have been manipulated for too long.

“I cannot bear the thought of this happening to a special 12-year-old, and if I don’t intervene, she will be left to the wolves all alone.

“You were wonderful parents, none of this is your fault or could have been prevented. I’m sorry to produce such chaos, but hopefully, there are good memories too.

“I remember many happy times during our visits. You always made us feel welcome and loved. Please focus on the good times, there were truly many good times.

“I do this to protect Emma. Love Steve.”

According to Dailymail, Police forced entry through a set of French doors at the back of the property where they found Steven Jones, an electrical engineer, dead on the floor of the living room. There was a 12-gauge shotgun by his side.

His 43-year-old American wife, Jennifer, who worked as an occupational therapist, and their daughter Emma were both found dead in separate bedrooms upstairs, with multiple gunshot wounds.

The walls and carpets in the house were littered with blood and officers spotted numerous spent shells, an inquest at Doncaster Coroner’s Court heard. The incident reportedly happened on December 14 last year.

Steven Jones corpse was found, after New York Police officers carried out a welfare check at his family address in Ballston Spa, following his employers, GlobalFoundries’ concern that he had not turned up for work.

Although Jones parents told an inquest that their son was a “family man” and that they were not aware of him going through any “financial, health or marital difficulties”, investigators reached the conclusion that the 46-year-old British man had murdered his family members before turning the gun on himself as there were no “suspicious circumstances” surrounding his death.

Steven’s father told police his son had not seemed his ‘usual chirpy self’ when he called a few days before his death.

Yet on December 12, Steven, who held dual citizenship, had again called his parents and told them he and Jennifer were both well and Emma had been to tennis coaching.

It was also reported that a few days after news of the deaths was broken to them, Jones parents received a Christmas card, calendar and selection of five photos of Jones’ family looking happy together. The items were post stamped December 12. 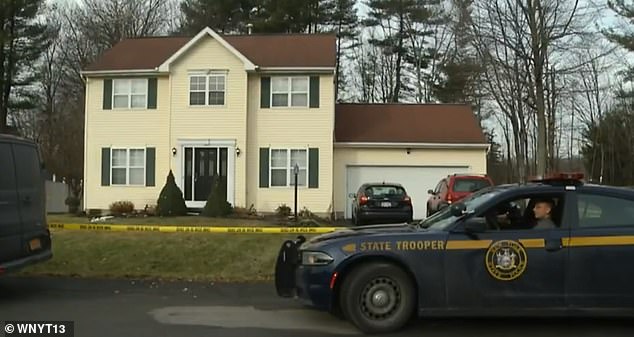 She said: ‘On December 14, 2018, Mr Jones’ employer raised concerns for his welfare and this led to the police attending Mr Jones’ home address.

‘The police looked through the windows and in the end gave entry to the property by forcing the french doors.

‘Once inside the property it was then they quickly discovered the body of Mr Jones that was lying on the floor in the sitting room.

‘He had a gunshot wound to his chest and a shotgun by his side, he was clearly deceased at that time.

‘There was further investigation in the property which led to the police discovering two further bodies, one Mr Jones’ wife Jennifer, and the other his daughter Emma, both of whom suffered multiple gunshot wounds.

‘An investigation was then carried out by New York State Police and they concluded that there were no suspicious circumstances attached to Mr Jones’ death.

‘Their conclusion was that Mr Jones had shot his wife and his daughter, after which he turned the gun on himself and shot himself in the chest.

‘I am returning a conclusion of suicide. There is no other evidence to suggest he didn’t understand the consequences.

‘I also rely upon the email sent to his friend which sets out his motivation for taking the action that he did.’

Steven Jones relocated to California about 20 years ago where he met his wife Jennifer, an inquest heard.

The couple moved to New York in 2006 after Jones got a job at GlobalFoundries, an American semiconductor foundry  that manufactures in high volume mostly for semiconductor companies such as AMD, Broadcom, Qualcomm, and STMicroelectronics.