The U.S. women’s national soccer team on Tuesday beat England 2-1 in the World Cup semifinal in Lyon, France to reach the final of the ongoing World cup. 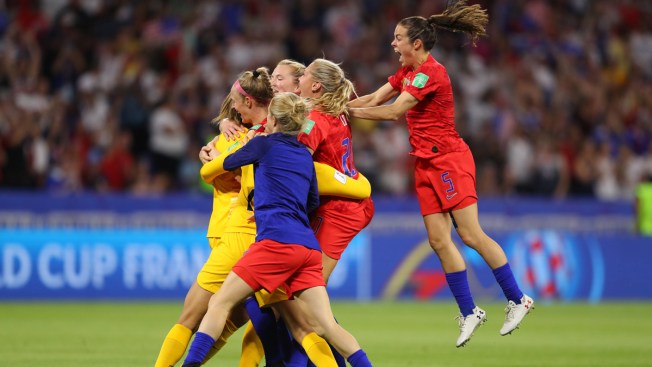 The Americans who started off well by beating Thailand 13 – 0 in group match continued their winning streak and have now secured a spot in the final which will be played on Sunday July 7.

Christen Press scored the first goal for the U.S. at the 10th minute the game started with a header into the top left corner. The U.S. team has scored within the first 12 minutes of every World Cup match this year. England’s Ellen White retaliated with a fantastic goal of her own against U.S. goalie Alyssa Naeher to tie the game in less than 10 minutes after the first goal.

Alex Morgan,30, scored the final goal for the U.S. at the 31-minute mark with a second lightning header, securing her team’s 2 – 1 victory.

The U.S. team will play the winner of Wednesday’s semifinal between Sweden and the Netherlands. England will play the loser of that game in Saturday’s third-place match in Nice.

Alex Morgan scores her first goal since the opening game and retakes the lead in the Golden Boot race (6 goals, 3 assists)

She's the first player in #FIFAWWC history to score on her birthday 🎂 pic.twitter.com/EGWBNIyaxI