A man accidentally ran over his wife on Saturday after washing their car outside a BP gas station, police said.  The gas station was less than a mile from the couple’s home, authorities said.

Isabel Ramirez-Cohetero, 51, and her husband, 50, were washing their red Jeep Commander at a gas station on Eliot Ave near 61st Street in Ridgewood New York at about 12:15 p.m. when the tragic incident happened, police said.

According to the report, the couple was moving the car to dry it off when the vehicle starting inching backward onto Cohetero. Isabel’s husband then realized he had accidentally left the car in reverse. He immediately jumped into the car to stop it, but accidentally stepped on the gas — backing the Jeep over his unsuspecting wife.

His wife was rushed to Wyckoff Heights Medical Center with body trauma, but was pronounced dead at the hospital, officials said.

“A man ran inside crying ‘My wife, my wife, my wife in serious condition. Call the ambulance.’ He kept on repeating ambulance, ambulance,” said Firoz Khan, 51, an attendant at the gas station who called 911 for the distraught husband. 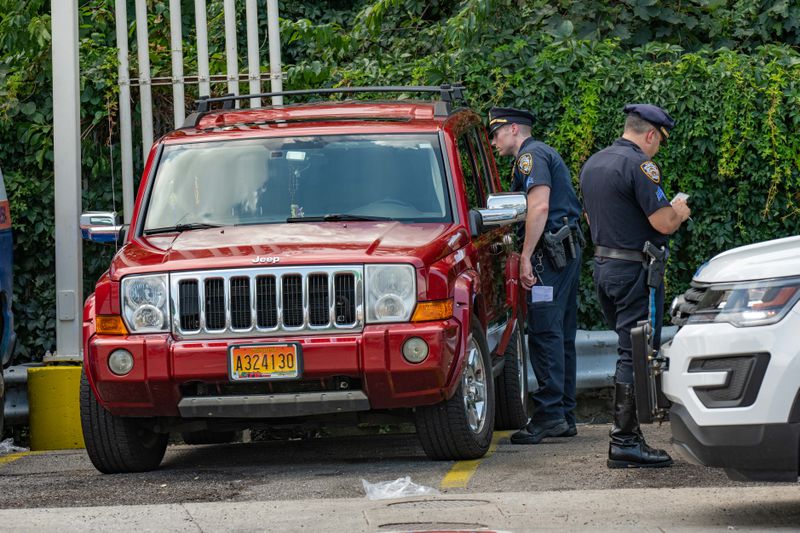 ”I went outside and I saw the lady laying on the ground on her back. Her head was to the [fence] and her feet were towards [the store]. I saw them putting her on the stretcher…she was not moving,” he said.

“This is sad. I feel sorry for the husband. He was crying, he was upset.”

Bereaved family members gathered there throughout the day in support of the husband.

“We are devastated,” one of the couple’s sons reportedly said.

Another son at the home said, “She was my mother. That’s my dad. He can’t talk right now. He is still crying.”

Said a man who identified himself as the victim’s brother, “It’s in the family, that’s why we don’t want to talk about it. It was an accident. Nobody is wrong.”

No arrest has been made, according to the report. The incident is still under investigation.