According to the report, the officers were believed to be part of a gang that conspired to steal Bank’s money on Thursday during a routine replenishing of Standard Chartered Bank’s ATM in Nairobi West.

“We have the two suspects who were also found with part of the money,” Kinoti said, “we are still looking for others and I can assure you all those involved will face justice.”

The incident reportedly happened on Thursday morning, when men posing as police officers allegedly stole 13 bags with Sh72 million inside them – about $694,000 in US dollars.

The money was in transit from G4S headquarters along Witu road to an ATM in Nairobi West belonging to Standard Chartered Bank. Seven officials of G4S said that the officers escorting them ordered them to surrender the money as soon as they arrived at the ATM by 6am, according to the report.

Wilfred Nyambane, the G4S Head of Escort, stated that the G4S employees had left the headquarters in two vehicles with three men they thought were cash-in-transit officers escorting them.

“The officers who were escorting the cash turned out to be robbers and demanded all their phones and offloaded the cash to another car make Toyota Noah that emerged and they made away with 13 bags of cash with roughly Sh72 million,” police said on Thursday.

A vehicle believed to be stolen was also recovered. 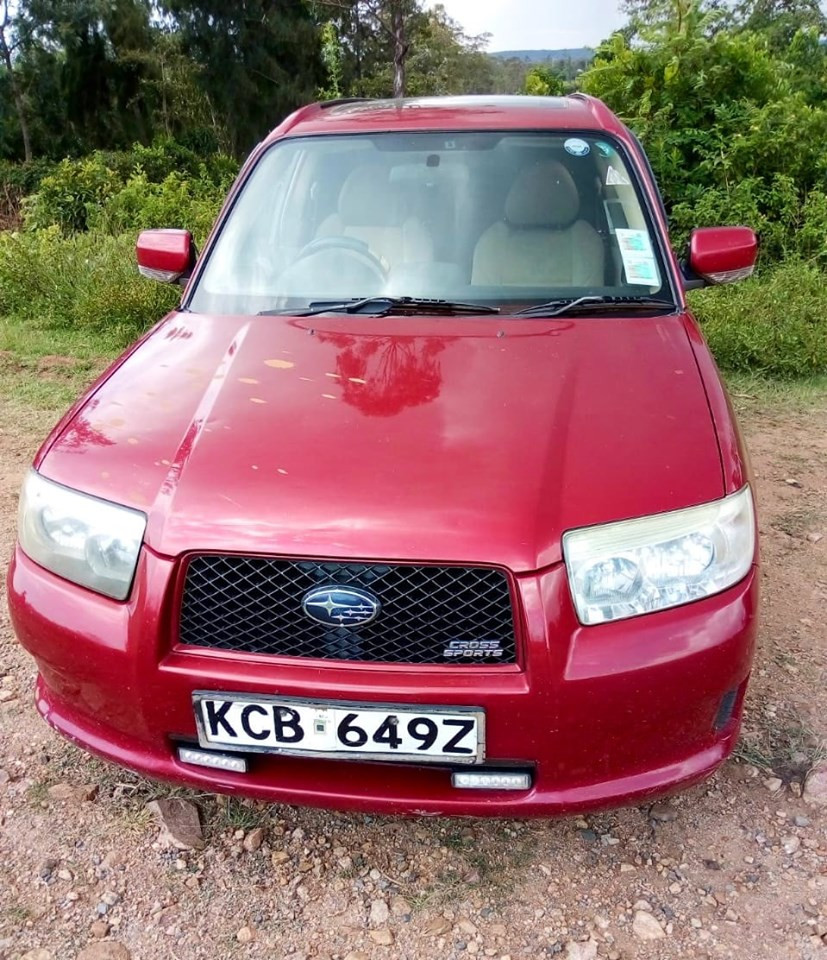 A full statement from the Directorate of Criminal Investigations reads;

“Constable Chris Ayienda Machogu, an AP officer was today arrested by SCPU Detectives & Ksh. 4M recovered from him. Upon Interrogation, he led the detectives to his accomplice Constable Vincent Owour, a KP officer, in whose house at Kendu Bay Ksh. 3M and a Subaru Forester were recovered.

In the initial investigations, detectives established that (which was also confirmed through the suspects’ testimony) the said motor vehicle was bought on the same day the ATM Heist occurred, using the stolen money.
The two were planning to escape to Uganda with the cash. Now in lawful custody and assisting in further investigations.” 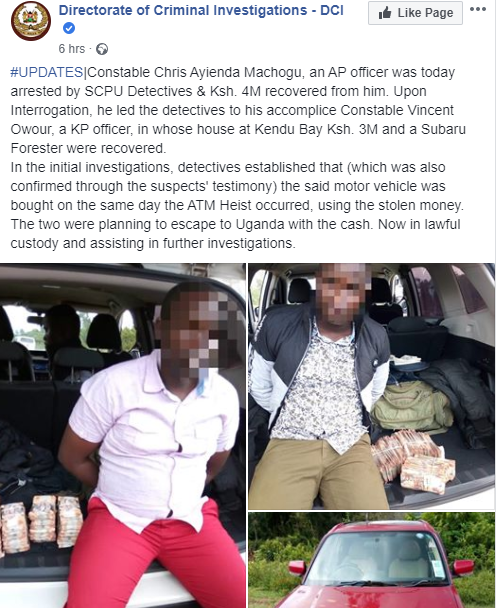 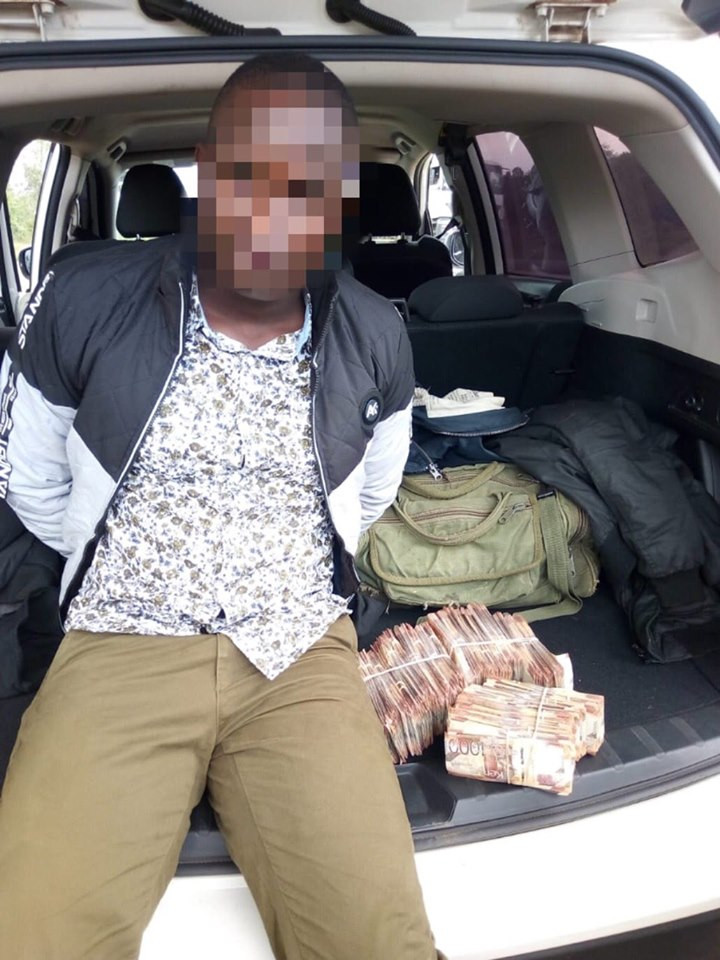 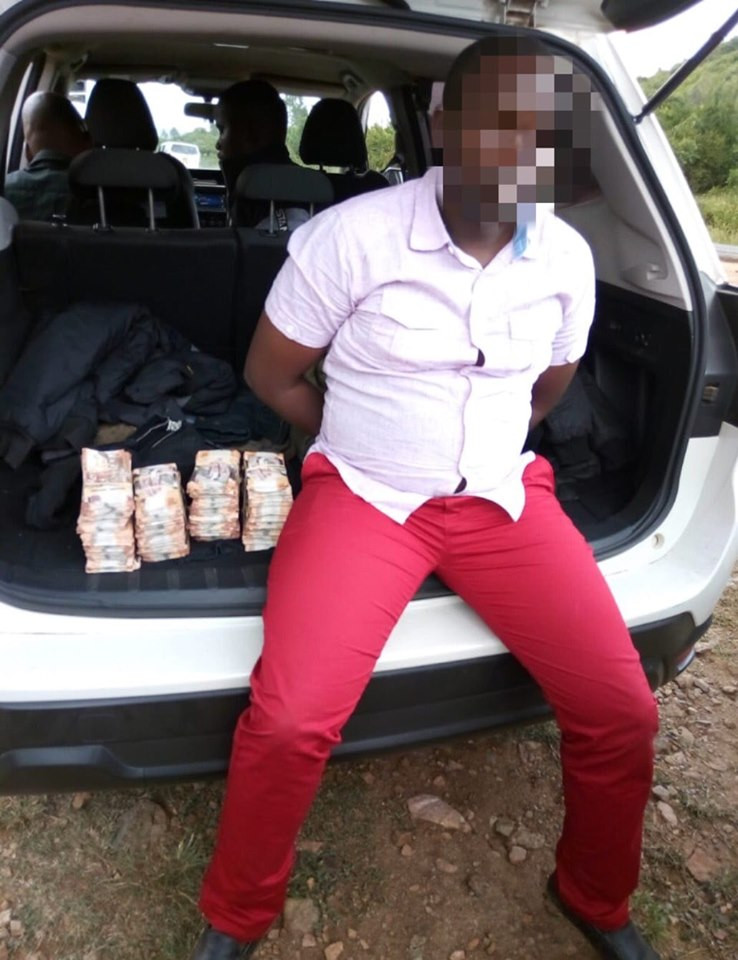