A Dutch family who spent years in a remote farm “waiting for the end of time” have been found by police in the Netherlands after one of them turned up at a local pub, BBC reported.

The 58-year-old man and his family of 6 with young adults aged 18 to 25 were discovered living at a farm in the province of Drenthe.

They were found after the eldest of the children reportedly ordered beer at a bar in the nearby village of Ruinerwold.

The older man, who has been arrested, was initially assumed to be the father, but local mayor Roger de Groot later told reporters that was not the case. Nor was the man the owner of the farmhouse, Mr de Groot said, adding: “I’ve never seen anything like it.” 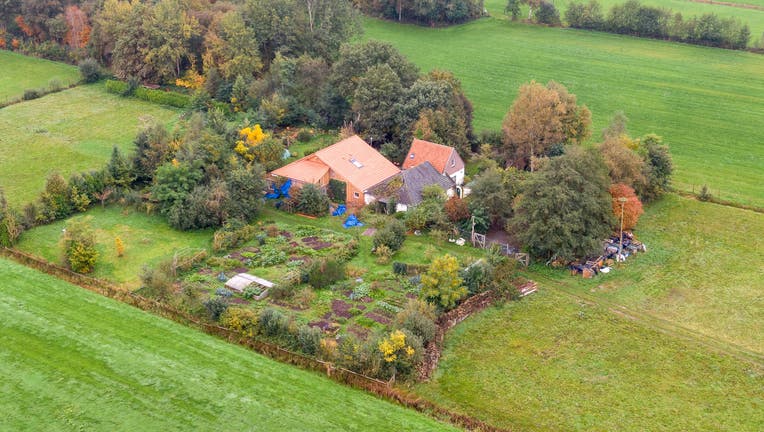 The public broadcaster said that the family had been living in isolation waiting for the end of time.

Bar owner Chris Westerbeek described how a man had come in, ordered five beers and drunk them.

“Then I had a chat with him and he revealed he had run away and needed help… then we called the police,” he said.

He added: “He had long hair, a dirty beard, wore old clothes and looked confused. He said he’d never been to school and hadn’t been to the barber for nine years.”

“He said he had brothers and sisters who lived at the farm. He said he was the oldest and wanted to end the way they were living.”

Officers visited the remote farmhouse and carried out a search. They discovered a hidden staircase behind a cupboard in the living room that led down to a basement room where the family were housed.

Ruinerwold is a village with a population of less than 3,000. The farm is outside the village and is accessible by a bridge over a canal.

The farm, which is part-hidden behind a row of trees, also has a large vegetable plot and a goat.

A neighbor told Dutch media that he had only ever seen one man on the farm, no children, and that there had been animals on the grounds, such as geese and a dog.

The local postman said he had never delivered a letter there. “It’s actually pretty strange, now I come to think about it,” he told Algemeen Dagblad news website.

People in the area tweeted the news and one reporter posted images of the farmhouse, saying he had been asked to keep at a distance.

Police in Drenthe confirmed that a 58-year-old man had been arrested and was under investigation after refusing to co-operate.

“Yesterday someone reported to us [that they were] worried about the living conditions of people in a house in Buitenhuizerweg in #Ruinerwold,” they wrote in a tweet. “We went there.”

“We still have many unanswered questions,” they said, adding that all scenarios were open and their investigation was fully under way.

The farmhouse and the surrounding grounds were cordoned off.

It was unclear how long the family had been in the basement or what had happened to the children’s mother, although the mayor said she had died some time ago.

Some reports suggested the 58-year-old had suffered a stroke and had been confined to his bed.

The group lived in the space and had no contact with the outside world, according to the television station. The six younger members of the group reportedly had no idea there were other humans out in the world, Fox News reported.