Daily Post
Home Asia Indian students asked to wear boxes on their heads during exam to...

An Indian school has apologized after photos emerged of students wearing cardboard boxes on their heads during an exam to prevent cheating. The students were reportedly photographed by a staff member of the school, who in turn posted the photos on Facebook and they went viral. 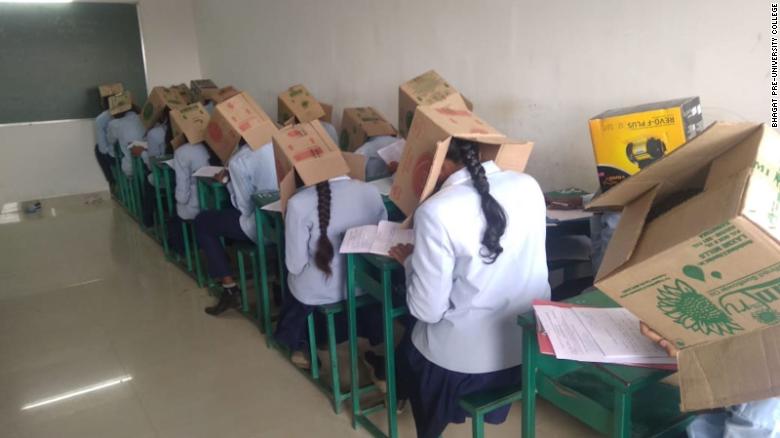 The front of the boxes was designed in a way to allow students only see their desks and exam sheets but restricting their vision – similar to blinkers used on a horse.

Shortly after the photos were posted on Facebook, the school suffered widespread criticism on social media and from government officials.

S. Suresh Kumar, the state education minister, said in a tweet that the school’s practice was “unacceptable.”

“Nobody has any right to treat anybody more so students like animals,” Kumar wrote. “This (perversion) will be dealt with aptly.”

M.B. Sateesh, Head of the school management said the school implemented a trial run of the new measure last Wednesday. He said the school has apologized to authorities and provided a written explanation of the trial.

Sateesh said the trial was optional and that the school notified parents in advance. He said only students with parental approval had been involved. Of the 72 students taking midterm exams that day, only 56 took part in the box experiment, he said. 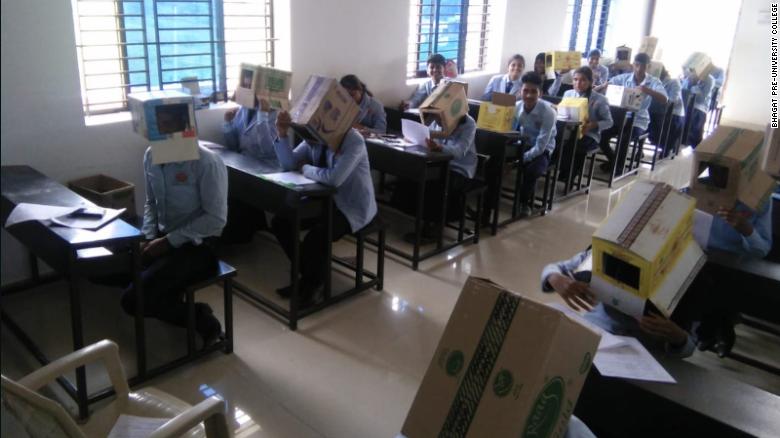 “They said they were comfortable with the trial,” Sateesh said. “The college did not harass any student, it was optional and some (students) experimented, some did not.”

The students had brought their own boxes to school, and many took them off after 15 to 30 minutes, Sateesh said. The school asked all students to take off the boxes within an hour of the exam.

Cheating and mass exam failure have been on the rise across India in recent years. In April this year, 20 Indian students committed suicide in one week after Indian exam body announced their exam results. Read more through this link