In January this year, we shared videos of a teenage Nigerian girl forced to marry an old man who has mental problem because the man comes from a wealthy family in Anambra state Nigeria. Well, there is uplifting news. The girl has left the marriage and returned to school.

Chikwendu’s forced marriage sparked widespread condemnation online and offline after a Facebook user first shared her story. The girl, from Anambra state Nigeria was forced by her family to marry an old man named Izuchukwu Igwilo shown in the photo above. Watch some videos of the traditional marriage that we earlier published in January this year through this link

VIDEO: Teenage girl given in marriage to 56-year old man who has mental problem

Following the public outcry, Anambra state Commissioner For Women and Children affairs, Lady Ndidi Mezue, reportedly intervened and made sure that the marriage was terminated. The teenage girl was returned to her parents, rehabilitated, trained in tailoring and empowered with other 100 Ndi Anambra by Industrial Training Fund, ITF. 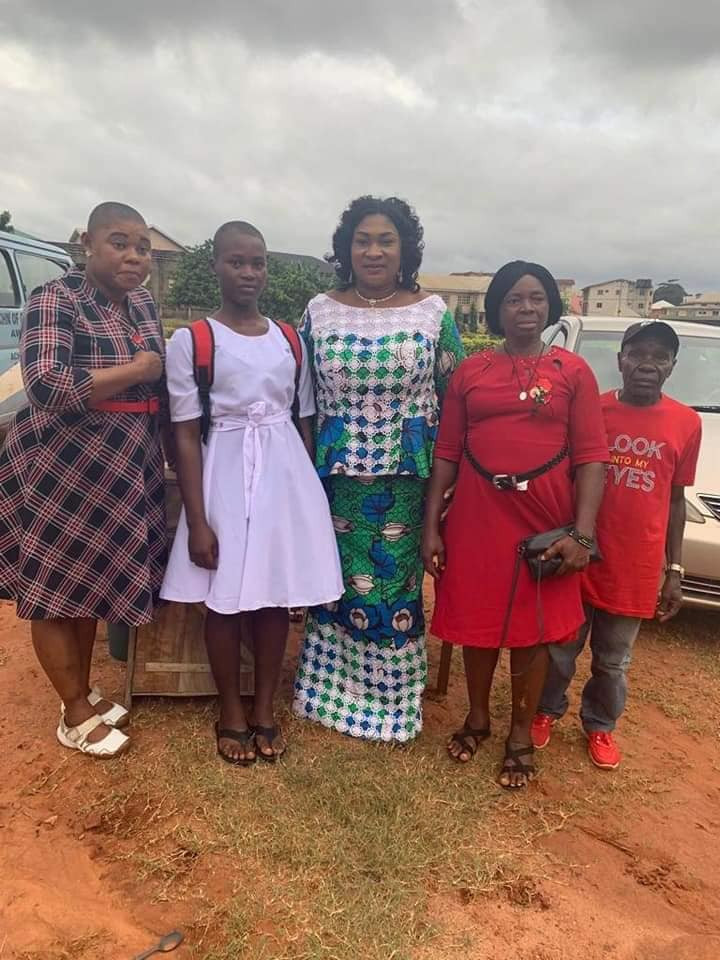 Concluding the process of healing and rehabilitation, Chinwendu was Tuesday accompanied by the Honorable Commissioner, her elderly father and some staff of the ministry of women and children affairs to the school where she will continue with her education.

Here is one of the traditional marriage videos we shared in January this year. Watch others through this link