An Indonesian man who helped set strict adultery laws has been flogged in public after he was caught having an affair with a married woman. He was caught by officials in September having affair with a woman, apparently in a car parked near a tourist beach, according to the report. 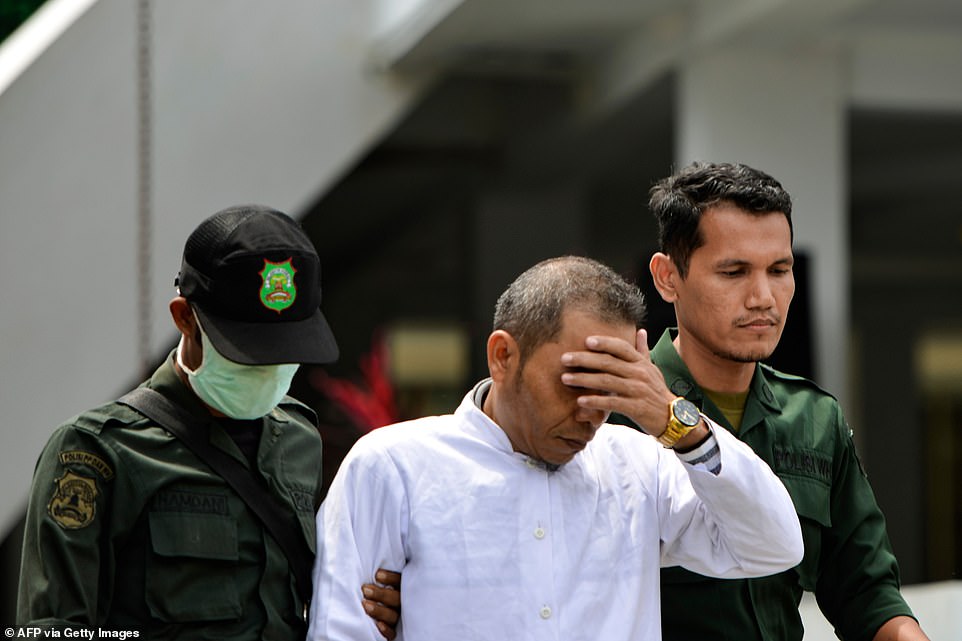 46-year-old Mukhlis bin Muhammad of the Aceh Ulema Council (MPU) was whipped 28 times on Thursday, and the woman he had the affair with was flogged 23 times.

Mukhlis is from the deeply conservative Aceh region, the only place in Indonesia which practices the strict Islamic law, Sharia. Aceh was granted special rights to introduce its own stricter Islamic laws more than ten years ago.

Gay sex and gambling in Aceh are also punishable by flogging the offenders.

“This is God’s law. Anyone must be flogged if proven guilty, even if he is a member of the MPU,” Husaini Wahab, the deputy mayor of Aceh Besar district, where Mukhlis lives, told BBC News Indonesia. He would be expelled from the MPU, Wahab added.

The MPU advises the local government and legislature on drafting and implementing Sharia law in Aceh.

Laws against homosexuality were passed in Aceh in 2014. Extra-marital sex, gambling, and the consumption, production and distribution of alcohol are all illegal under Sharia law.

This was not the first time people were flogged in Aceh for breaking the law.

In 2017, two men were publicly flogged 83 times each with cane after they were caught having sex.

Canes are typically made from ratan. Those carrying out the caning have all their body parts, except their eyes, covered to stop them from being identified.

The caning must take place publicly on an open air platform, though children are barred from watching.

Sharia law applies to Muslims and non-Muslims alike in Aceh.