Brazilian football star, Neymar’s 52-year-old mom has stolen the limelight from her son after it emerged she is dating a 22-year-old boy who is 30 years younger than her. 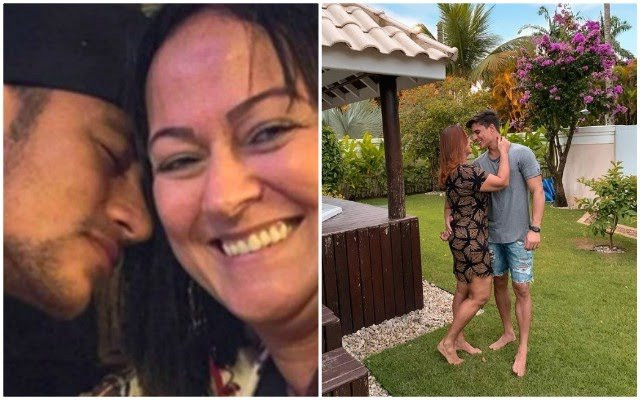 Nadine Goncalves’ new boyfriend is even six years younger than the Brazilian star.

Nadine Gonçalves, who split with her hubby Wagner Ribeiro in 2016 after 25 years of marriage, took to Instagram to disclose that she is now dating Tiago Ramos.

She posted a picture of herself embracing Ramos in a garden. And she accompanied the snap with the caption: “The inexplicable cannot be explained, you live it…”

Tiago Ramos regularly dances on TikTok and plays for the Brazilian club of ‘eSports’ 4k Easy Game, a team which competes in the NFA League, an amateur tournament that serves as the gateway to the professional competitions of the gam

But if that sounds a little geeky, he balances it out by also happening to be a model. 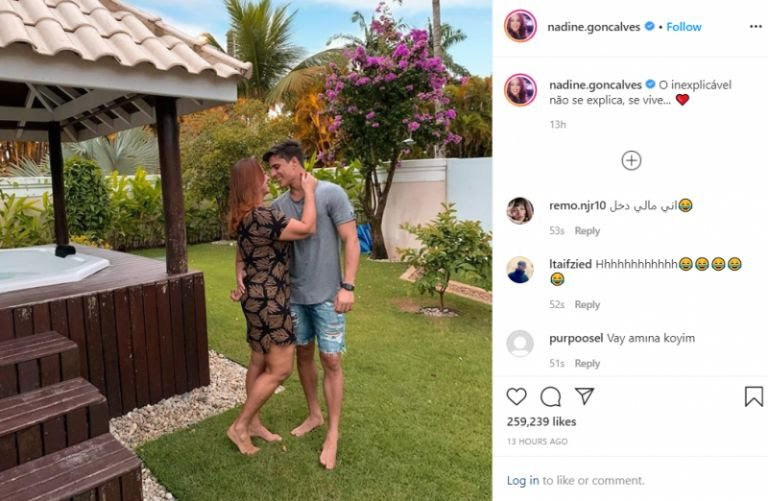 Tiago Ramos revealed that he sent the Paris Saint-Germain star a message in 2017, reading: “Neymar you are fantastic, I don’t know how to explain the emotion of being a fan of a guy like you, I see you playing and I’m very motivated, one day I hope to read this message with you, be your brother, and play together.

“I know that one day I will meet you, because I am a dreamy boy where I do not give up on my goals! Stay with God, very successful and happy.”

And his wish appeared to have come true when he posted a picture of himself with his hero back in January — before sharing another snap from Neymar’s lavish birthday bash a month later.

And despite the age gap, her new relationship appears to have the approval of her superstar son, Neymar da Silva Santos.

Neymar commented on her Insta post: “Be happy mom ❤️ love you.”

And even her Ex Ribeiro appeared to give the pair his blessing with applause emojis.

Long before meeting Nadine, Ramos, from the Brazilian city of Pernambuco, was a super-fan of Neymar.

“I couldn’t walk the next day” – British woman, 80, talks about first sex with her 35-year-old Egyptian boyfriend

‘I asked you to stop’: WhatsApp messages between Neymar and rape accuser made public