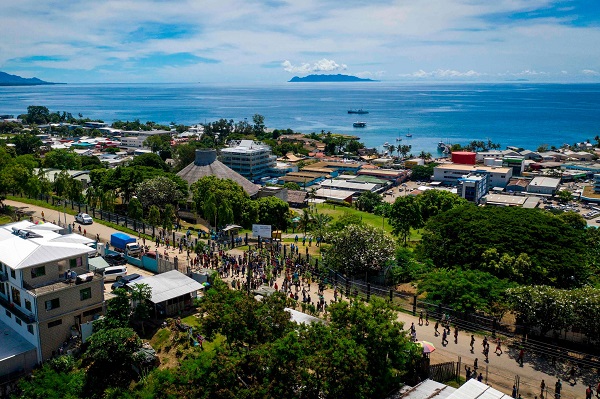 As several countries of the world continue to battle coronavirus pandemic, 15 countries have not reported any COVID-19 case.

The deadly virus which reportedly started in Wuhan China, has spread to 210 countries and territories around the world, and killed thousands of people.

What are they doing differently?

Well, the countries are among the least-visited countries in the world and they also imposed early measures that prevented the virus from entering their borders.

So far, there are 2,531,804 confirmed cases globally with 175,438 deaths, according to information published 12pm PST on April 21, by Johns Hopkins Center for Systems Science and Engineering.

Analysts predict that Africa will be badly hit by the virus in the coming weeks if proper measures are not taken.

As of April 20, the confirmed Coronavirus death toll on the continent stood at 1,124.

Two countries in Africa, Lesotho and Comoros, still remain the only nation with no reported case on the continent.

With a population of 2,138,845, Lesotho is surrounded by South Africa, a country that already has 3,158 Coronavirus cases.

South Africa has been described as the epicentre of the pandemic in Africa.

“Some weeks ago, those who showed symptoms of the virus were tested in Lesotho and the result was negative.

“For now, we don’t have any case here,” says Folaji Emmanuel, President of the Association of Nigerians in Lesotho, who spoke with SaharaReporters on phone.

Despite its success, the government of Lesotho is not leaving anything to chance.

It announced restrictions on movement from midnight of March 29 until April 21.

The country has been distributing protective gears to health centres and hospitals. It is not clear whether the country will lift the ban soon.

Here is the current mortality rate of coronavirus patients on ventilators

Similarly, Comoros with a population of 865,696, introduced some early precautionary measures, including the suspension of all international flights until further notice.

Kiribati, a small country in Pacific Oceania, has also yet to record any case. The country declared a state of emergency to restrict movement.

It has denied entry to any travelers, who have been in or transited countries with confirmed cases.

Kiribati is not the only small country to have declared a national emergency despite not having any case.

Countries like Nauru, Tonga, Vanuatu and others have done the same, the BBC reports.

According to reports, with just one hospital for over 10,000 populations, no ventilators, and a shortage of nurses, Nauru has put strict measures in place to keep itself from the virus.

Findings show that Nauru ensured that persons, who have transited through or have been in mainland China, Hong Kong, Macao, Iran, Italy, Korea, Europe, USA or Asia (except Taiwan) in the past 21 days, were not allowed to enter their country.

A policy of “capture and containment” was also effected where everyone gets screened and forced to self-isolate for 14 days.

The Marshall Islands has put in place total ban on international arrivals and have effected a lockdown to prevent exposure to the virus.

The Federated States of Micronesia, another country in Oceania, has locked down its country and blocked entry to anyone, who has been exposed to the virus. The country also declared a state of emergency and restricted movement.

North Korea is located in the North East of China, but it claims there is no case of COVID-19 in its territory.

A World Health Organization representative had reportedly said the country was testing for Coronavirus and had more than 500 people in quarantine, but still had no confirmed cases.

North Korea has imposed a lockdown as well.

Palau, another small Oceania country, has also been able to keep the country safe by restricting entry into the country.

The country has quarantined over 700 persons suspected to have been exposed to the virus.

10 years of robust U.S job growth wiped out by coronavirus in 4 weeks

Samoa, with a population of 198,151, declared a state of emergency while all international travel by air has been prohibited.

Solomon Islands has barred entry into the country for non-citizens since March.

The country declared a state of emergency while its airlines suspended all commercial flights.

Tajikistan, a country in the North West of China, has also been able to keep the virus away from its territory.

World authorities have expressed doubt on the claim by the country that no persons have been infected with the virus there.

The country now organizes its sporting activities behind closed doors with a large banner at the stadium with the caption “stop Coronavirus”.

In March, Tajikistan imposed a ban on citizens of 35 countries from entering its borders.

Turkmenistan, a Central Asian nation that shares borders with Iran, Kazakhstan and Uzbekistan, closed its land border more than a month ago.

Fox News reported that Central Asian nation of Turkmenistan banned the media from using the word “coronavirus” and threatened harsh punishments for those caught talking about the global pandemic.

The government of Tonga has established policies to keep the country free from the virus.

The government closed its borders to all travellers and announced a state of emergency, including a night-time curfew.

Tuvalu, on its part, has restricted entry into the country.

Vanuatu has been able to keep its citizens from the virus by placing a ban on social gatherings of more than five people.

The country also ordered the closure of restaurants, bars and supermarkets from 7:30pm while all international flights have been suspended.