Can this probably cure the sick men? This naughty nurse is going viral.

A Russian nurse has been suspended after she arrived at her shift in the all-male coronavirus patient wing with no clothing save for her skivvies under her transparent personal protective equipment. She worked at the hospital in Tula, 100 miles south of Moscow.

The unidentified staffer told her managers at Tula Regional Clinical Hospital that she was “too hot” to wear clothing underneath the head-to-toe vinyl gown, which protected her from contracting COVID-19. The incident was first reported by a local news outlet, the Tula Pressa newspaper.

The Nurse identified as Nadia, 23, claimed to managers that she did not realize that her underwear was showing through the PPE and that she was “too hot” to wear clothing under the head-to-toe vinyl gown, The Post reported.

While there were reportedly “no complaints” from her patients, hospital chiefs punished the nearly nude nurse for “non-compliance with the requirements for medical clothing.” The nurse claimed she did not realize that her underwear was showing through the PPE.

However, the regional health ministry confirmed that “a disciplinary sanction was applied to the nurse of the infectious diseases department who violated [uniform] requirements,” the Sun reports. They did not elaborate on what exactly the disciplinary measure would be. 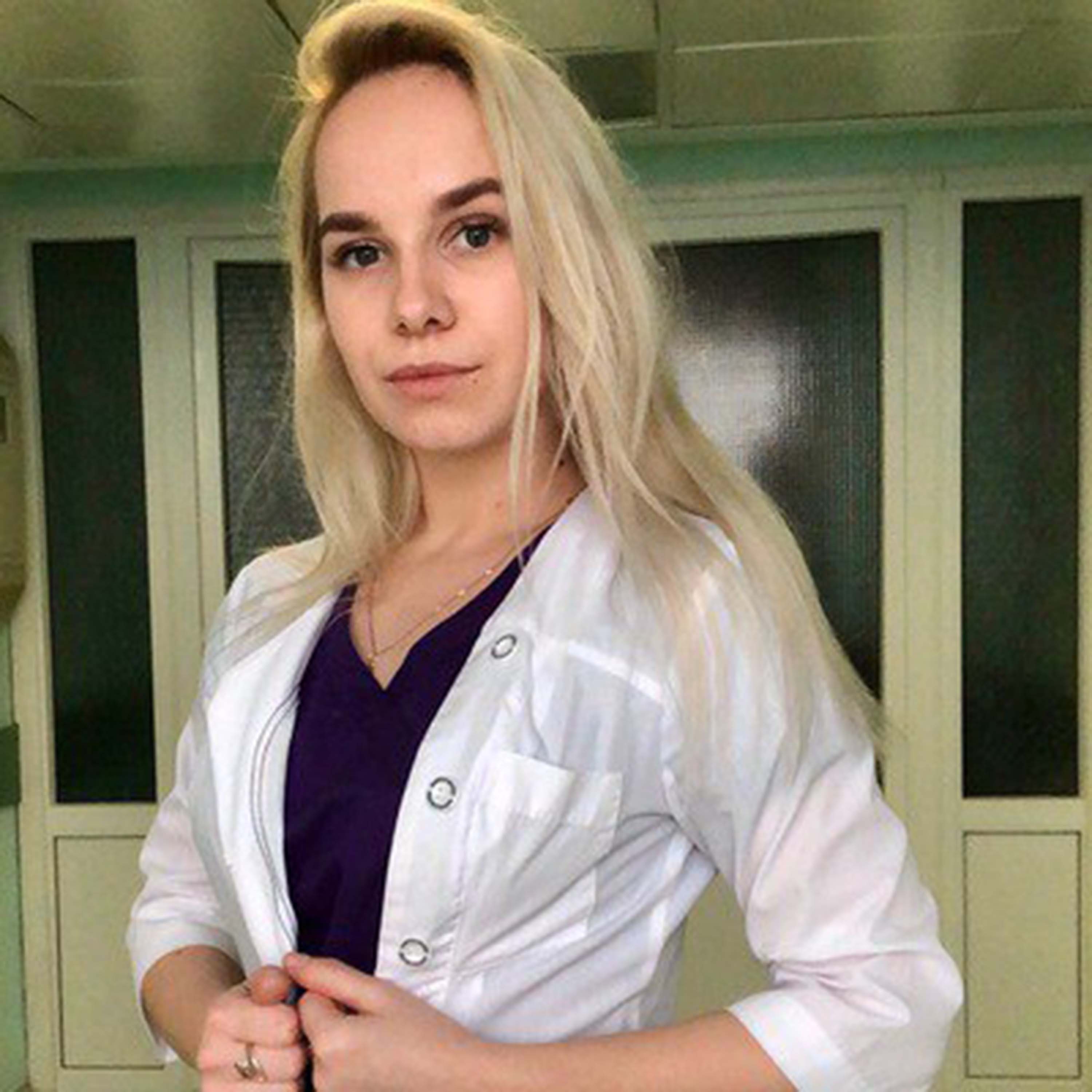 The hospital administration originally claimed the woman in her 20s had been wearing “lingerie” — but later clarified the two-piece ensemble was possibly a “swimming suit.”

The overheated health care worker has yet to make a public statement on the incident. However, readers of the Tula Pressa had plenty to say.

“At least someone has a sense of humor in this gloomy, gloomy reality,” said Sergey Ratnikov.

Marina Astakhova added, “Well done, she raised the mood of the patients.”

And Valery Kapnin asked, “Why punish the nurse? You need to reward her. Seeing this outfit, no one wants to die.”

“No disciplinary methods should be imposed on the [nurse],” Vitaly Milonov, a member of the United Russia party, told Russian newspaper Komsomolskaya Pravda, according to the Sun.

“In no case should the girl be punished, I am sharply against this.”

Nadia was suspended from the Tula Regional Clinical Hospital for “non-compliance with the requirements for medical clothing,” the Tula Pressa newspaper reported.

The head of the Doctors’ Alliance, Dr. Anastasia Vasilyeva, said her group would assist Nadia in fighting the punishment, the report said.

Vasilyeva also said the material of the nurse’s see-through gown was problematic.

“Firstly, a plague-proof costume is never transparent. And it must be made of a completely different fabric,” she said.

“We need to pay attention not to her [underwear], but that the [gown] does not meet the necessary standards.” – The Post

Russia currently ranks second after the United States in the number of coronavirus infections with 326,448 cases, including 3,249 deaths as of May 22.