The wife of Derek Chauvin, the Minneapolis police officer who is charged with murder in the death of George Floyd, has filed for divorce, according to her attorneys.

“This evening, I spoke with Kellie Chauvin and her family. She is devastated by Mr. Floyd’s death and her utmost sympathy lies with his family, with his loved ones and with everyone who is grieving this tragedy. She has filed for dissolution of her marriage to Derek Chauvin,” the Sekula Law Office said in a statement Friday night. “While Ms. Chauvin has no children from her current marriage, she respectfully requests that her children, her elder parents, and her extended family be given safety and privacy during this difficult time.”

Chauvin was arrested and charged with third-degree murder and manslaughter in the death of Floyd on Friday. More arrests and charges are anticipated, according to Hennepin County Attorney Michael Freeman.

Video of Chauvin pinning Floyd to the ground with his knee pressed into Floyd’s neck set off widespread protests across the U.S. this week since his death on Monday. Many of those protests have turned chaotic and violent in cities like Minneapolis, New York City, Atlanta and several others. 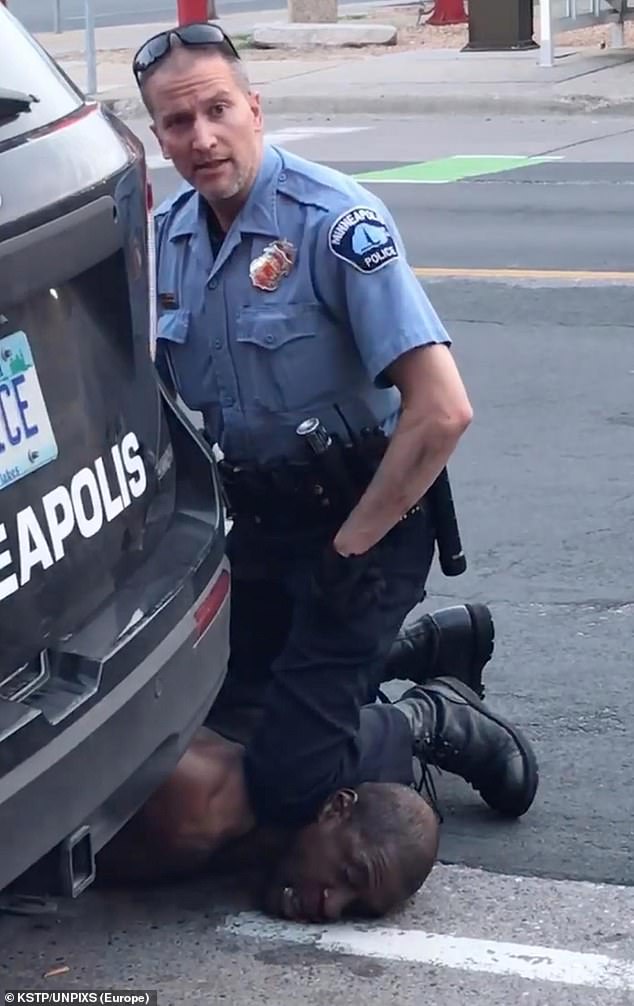 DailyMail.com revealed Thursday that Kellie Floyd herself had a run-in with the law for her own forgery-related incident.

She was charged with writing a bad check at a grocery store for $42.24 in February 2005, when she was married to her late ex-husband, Kujay Xiong, and living in Eau Claire, Wisconsin.

Despite multiple letters being sent to her home about the bad check, she failed to pay the amount due by July 2005, a criminal complaint was filed against her in August of that year.

Kellie eventually paid the money and the case was dismissed.

Derek and Kellie, then a radiologist, met at Hennepin County Medical Center when he brought a suspect in for a health check before an arrest, returning to the hospital shortly after their initial meeting to ask her out.

It was the same medical center where Floyd was declared dead on Monday.

The couple married around 2010.

Kellie now works as a realtor with Re/Max Results.

She had two children with her first husband, who has since died, Dailymail reported.

‘I Can’t Breathe’: Black man dies after police officer is seen in video kneeling on his neck