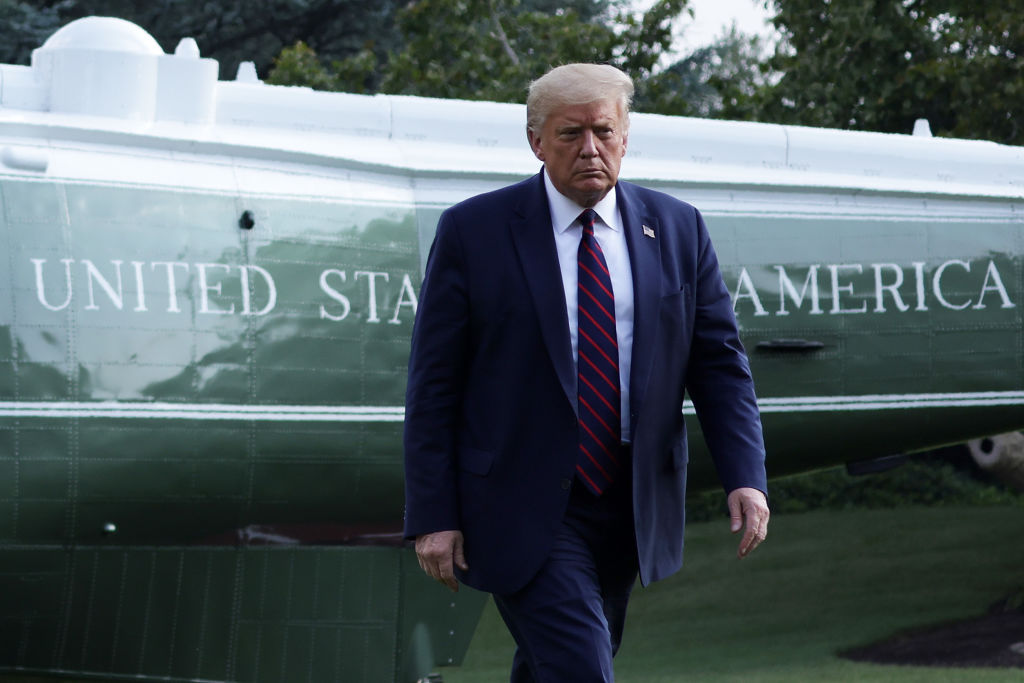 He floated a delay until people could “properly, securely and safely” vote.

There is little evidence to support Trump’s claims but he has long railed against mail-in voting which he has said would be susceptible to fraud.

US states want to make postal voting easier due to public health concerns over the coronavirus pandemic.

In a series of tweets, Mr Trump said “universal mail-in voting” would make November’s vote the “most inaccurate and fraudulent election in history” and a “great embarrassment to the USA”.

Not only have election experts debunked theories of widespread fraud with the use of mail ballots, Donald Trump does not have the authority to change the date of the election under the US constitution.

While individual states control their own primaries, the date of the general election has been a matter of federal law since 1845, and it would require an act of Congress to delay past the first Tuesday of November. The Constitution also mandates that the president’s term ends on Jan. 20 and the swearing in of the new president and vice president on that same date.

House Speaker Nancy Pelosi citied those rules in a tweet of her own responding to the president.

“The Congress may determine the Time of choosing the Electors, and the Day on which they shall give their Votes; which Day shall be the same throughout the United States.” https://t.co/NIaa7mQVnn

Meanwhile, former Vice President Joe Biden has opened up a 15-point lead over President Donald Trump, according to a new Quinnipiac University national poll that also spells out bad news for the President on the economy, his most important selling point for reelection.

A majority of registered voters (52%) report they’ll support Biden in the general election, with 37% going for Trump, a wider margin than in Quinnipiac’s June poll, when 49% backed Biden and 41% supported Trump.