Some South African men took to Twitter Saturday to recount how they were raped by older women when they were young.

A Twitter user @TyrenndumisoB started the thread when he narrated how he was raped at 14.

”First time I had sex, I was 14 years old doing grade 7. Thinking about now, Smangele Kunene Zulu raped me. She was a pedophile. To make matters worse, she removed the condom after first round, second was raw and I didn’t even enjoy the thing. She was too much and rough.

Ppl from Twitter are different to people I have shared this thing with, you guys are feeling sorry for me. In my life, every person I share this with, laughs out loud. Including my girlfriends. They laugh even more when I tell them I hated sex after bcs I thought sex is overrated.

Other South African men also shared sad stories of how older women took advantage of their innocence and raped them. They also revealed how the incident affected them.

Read some of their tweets below originally shared by LIB 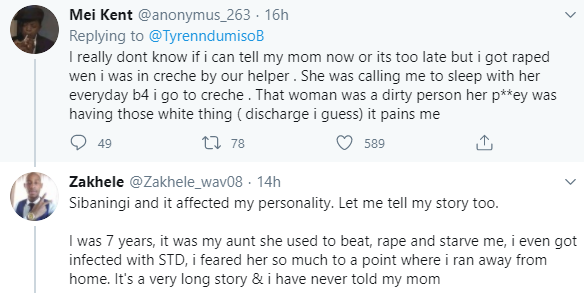 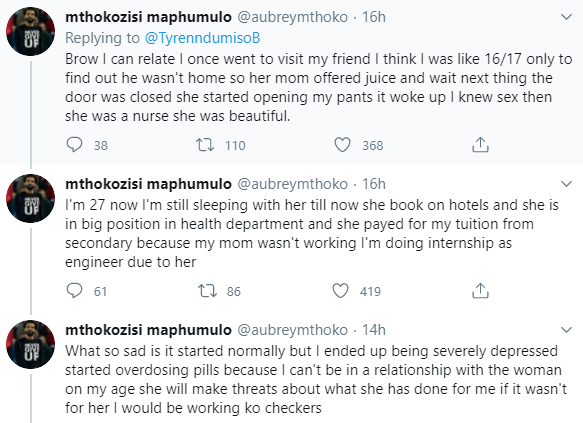 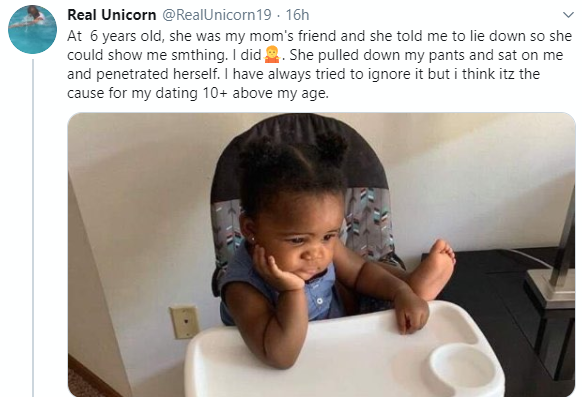