A California man was left heartbroken and in pains after he was robbed of his entire life savings outside a bank just moments after withdrawing $200,000 to support his family during the coronavirus pandemic.

The incident happened in front of a Chase Bank in Huntington Park on July 30, according to the report.

Francisco Cornejo was going back to his car when the thief struck.

The footage below, reportedly filmed by an onlooker, shows the moment Cornejo was knocked down by the suspect who can be seen wearing a black hoodie and running away. 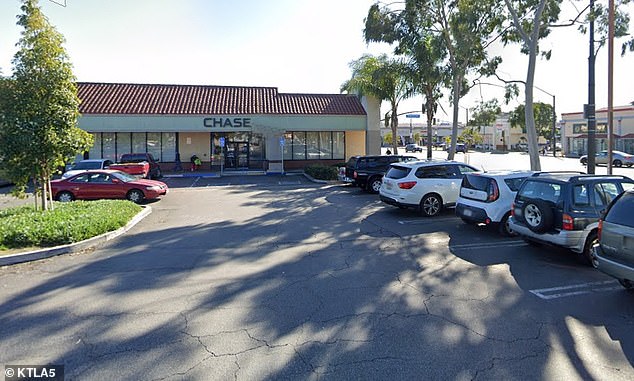 According to Daily mail, Cornejo, who was left with a dislocated shoulder and bruising, had just withdrawn the money from a branch of Chase following the sale of his home. The money was to help with family costs during coronavirus, KTLA-TV reports.

His daughter Sindy Flroes said: ‘My parents needed this money to get through this pandemic as they are both unemployed, to support my 94 year old grandma with her medical and living expenses, to pay for my sister’s grad school tuition, and to send money to their family and loved ones in Mexico and El Salvador, as many of them have lost their jobs and homes due to the lack of work because of COVID-19 pandemic.’

Cornejo’s attorney, Nathan Soleimani, said: ‘He was parked as closely as possible to the bank, knowing he was going to withdraw a large amount of cash.

‘Within 30 seconds of just getting to his car, he was grabbed, beaten, robbed, and they took everything from him.

‘He was literally fighting for his life savings. And when he was being beaten, he was doing his best to try and retain the bag that he brought with him.’

Soleimani said his client had not told anyone he was making the large withdrawal.

But he added: ‘We don’t have any information to insinuate that this wasn’t random, but it just seems like a very big coincidence — how exactly did whoever involved know what was going on, or how he was coming out at that exact moment?

‘We are just asking for people to come forward if they have any information that can lead to the arrest of the individuals who robbed and beat my client.’

Speaking in Spanish Cornejo said the incident had been ‘traumatic’.

His daughter wrote on a GoFundMe page to help with hospital costs: ‘He never expected such an atrocious attack. Bystanders attest that my dad was fighting with all of his will. My father was dragged by the criminal as they both fought for the bag.’

She added: ‘This money was hard-earned and as a result of years and years of work.’

No arrests have been made at the time of this post.

The Huntington Park Police Department is said to be investigating.

Watch the video below from ABC News