A man has drowned after jumping from a bridge into a river in Liberia’s capital, Monrovia, to retrieve a $20 note that he had dropped, police spokesman Moses Carter has said.

Tamba Lamine from Liberia was walking with a friend on the bridge when the $20 note fell into the river, police spokesman Moses Carter told BBC

Lamine, a street hawker, reportedly dived into the river and retrieved the money. He showed the money to onlookers after finding it, but unfortunately drowned as he was trying to swim out.

The Liberian man felt pressured to get the cash back because he needed to give his friend his $5 “share” of  some merchandise they jointly sold , according to the report.

Explaining the shocking story, Mr Carter said onlookers who saw Lamine dive thought he was safe after he emerged from the water to show them the note, but he then disappeared and did not resurface.

He drowned in the Mesuradu River, which runs between mainland Monrovia and the industrial district of Bushrod Island. 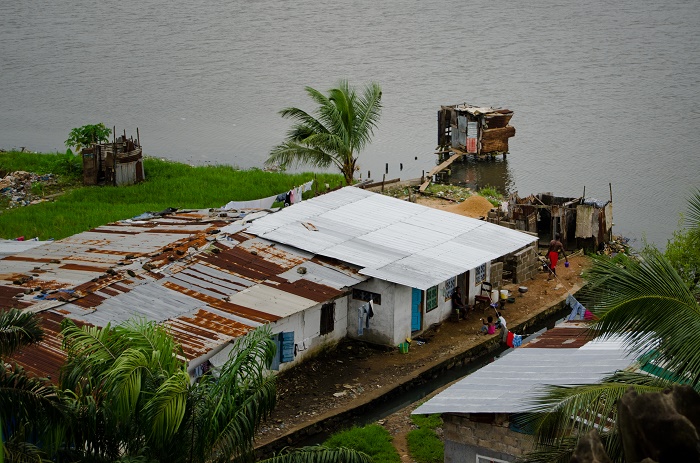 Mesurado River, also known locally as Du-River, is a major river in Liberia that flows through Monrovia, the Capital of the west African country into the Atlantic Ocean. It is crossed by the Gabriel Tucker Bridge formerly the People’s Bridge that was built in the 1970s.

The beginning of the river is measured to be some 30 meters (98 feet) above the sea, and it has a total length of about 25 kilometers (16 miles).

The United States dollar is a stronger currency than Liberia’s own dollar –  $20 equates to around 3,900 Liberian dollar as at the time of this post.

Police say Lamine’s body has not yet been found.

Liberia is a country in West Africa. It is bordered by Sierra Leone, Guinea, and Côte d’Ivoire.

Liberia has some interesting places to visit. While the country is now recovering from the conflict, it has not yet redeveloped the necessary infrastructure to sustain a large increase in tourism.