Daily Post
Home Nigeria VIDEO: Woman kicked off flight after she refused to put her handbag...

It was a mild drama Wednesday inside a commercial flight in Nigeria when a lady allegedly refused to put her bag in the upper cabinet or on the floor. 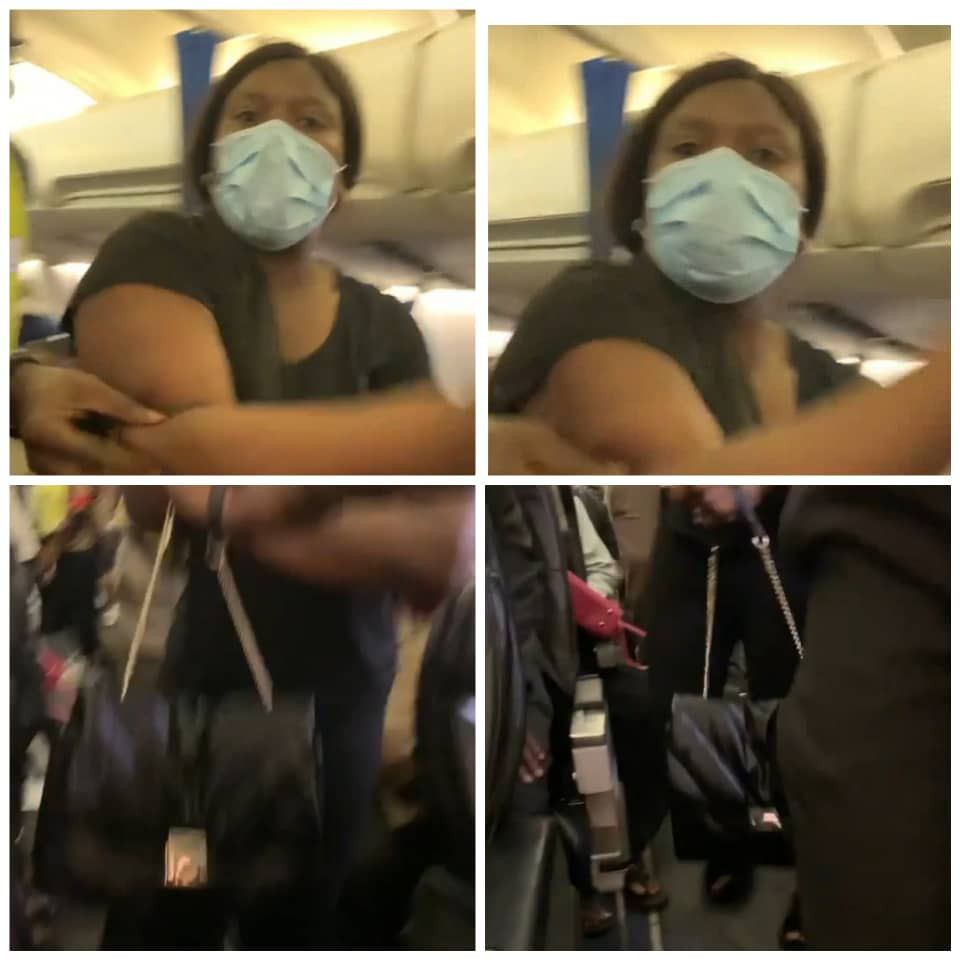 According to an eyewitness, Nigerian actress Belinda Effah, the lady said the bag was too expensive to be put inside the cabinet or kept on the floor.

She refused despite all requests and the cabin crew had no option than escort her out of the flight.

”The Expensive Handbag That Stopped Us From Flying

On Take Off This Girl Said The Flight Should Turn Around and Drop Her off cos she will not let her bag be kept on the floor or be put in the upper cabinet because it’s too expensive. We had to make a you turn and security officials escorted her out not after she almost broke my phone for capturing her . I mean I needed to see the expensive bag that caused such a row and got her so riled up. So I had to capture it for the world to see”

Check out the video below and share your thoughts

VIDEO: Fight broke out inside flight from Vegas to Charlotte as passengers argue over masks