Daily Post
Home Crime University of California to pay $73 million in settlement to over 6,000...

The University of California has reached an agreement with seven women for a $73 million settlement in connection with sexual abuse accusation against a former gynecologist of the school. 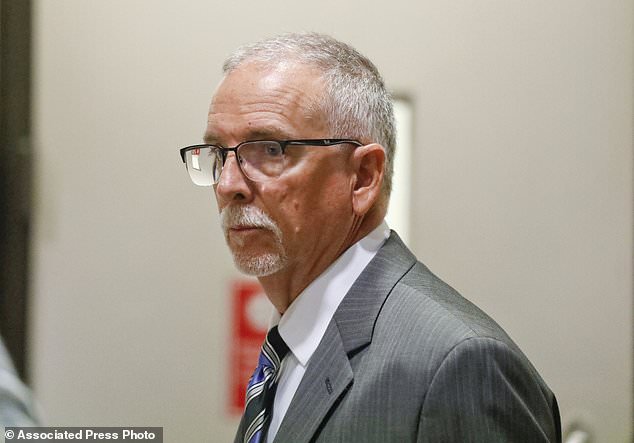 A federal judge must now approve the payment to the victims, representing more than 6,000 patients of Dr. James Heaps, the University of California regents and the former doctor.

Under the proposed settlement, the victims could receive payments individually, in addition to the several mandated reforms at University of California, Los Angeles, where Heaps worked.

The class-action lawsuit, which was filed in October 2019, is separate from the criminal case against Heaps who has since pleaded not guilty. His next court hearing in the State court is on Dec. 7.

Trouble started in June 2019 when Heaps was arrested and charged with two counts of sexual battery and one count of sexual exploitation of one patient. Thereafter, more than 200 women contacted UCLA to report their ugly experiences with the doctor, according to the settlement.

In August 2020, five former patients also came forward, according to the UCLA newspaper, the Daily Bruin.

The school issued a statement in 2019 saying it investigated Heaps the previous year for sexual misconduct and improper billing practices. They submitted their findings to federal and state authorities, then told Heaps he was being terminated. Heaps retired, according to the report.

“We are deeply sorry that a former member of our staff violated our policies and standards, our trust, and the trust of his patients,” the school said in a statement.

Elizabeth A. Kramer, a lawyer representing the victims who filed the lawsuit, said in an email seen by Nytimes that the sexual abuse was pervasive.

“The settlement, if approved, will provide real and immediate compensation to thousands of women — no less than $2,500 and up to $250,000, or more in extraordinary circumstances,” Ms. Kramer wrote. “In a case involving widespread sexual misconduct, a class settlement compensates survivors who otherwise would not have come forward to seek relief from the courts, through a respectful and confidential process.”

“The incidents described in the lawsuit reflect alleged conduct that is contrary to our values,” U.C.L.A. Health said in a statement on Monday. “We thank the individuals who came forward and hope that this settlement — which is still subject to court approval — is one small step forward for the patients involved.”

The $73 million proposed settlement is the latest agreement to pay thousands of patients of male doctors who are accused of sexual assault and sexual misconduct.

In February this year, a federal judge approved a $215 million settlement for 18,000 women who were patients of a former gynecologist, Dr. George Tyndall, at the University of Southern California, a private university also in Los Angeles.