Chief of Staff of the Nigerian Army, chief Lieutenant General Ibrahim Attahiru has died in a plane crash in Kaduna.

The incident happened on Friday evening May 21 when the military training aircraft crashed at the Kaduna airport with all eight persons on board the aircraft, dead, according to the report.

The Nigeria Air Force says the cause of the crash is not yet known and is being investigated.

“An air crash involving a @NigAirForce aircraft occurred this evening near the Kaduna International Airport. The immediate cause of the crash is still being ascertained,” Air Commodore Edward Gabkwet, the Director of Public Relations and Information of the Nigerian Army said. 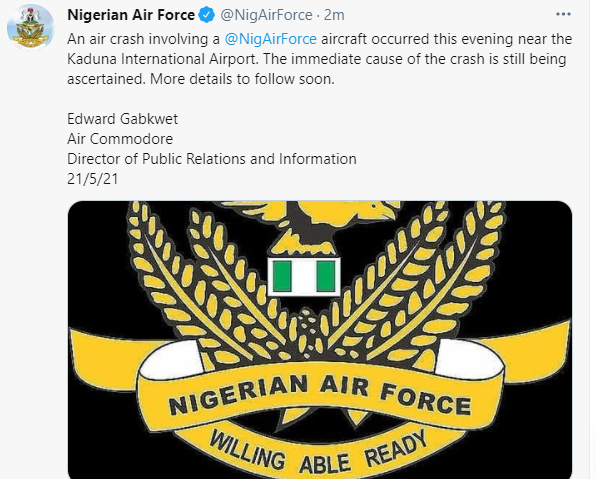 Attahiru and 10 others were killed following an air crash in Kaduna, the Nigerian Army said on Friday. 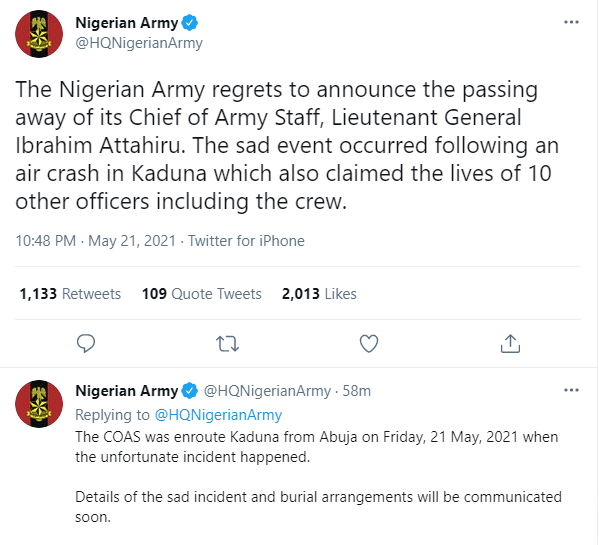 The Chief of Army Staff Attahiru was appointed by Nigeria’s President Muhammadu Buhari in January in a shakeup of the top military command to better fight surging violence and a more than decade-long militant insurgency.

It was the third air force plane crash in three months, according to reports.