Two children have reportedly misplaced their lives in one of many internally displaced individuals’ camp (IDPs) in Ringim native Government, Jigawa state.

According to a supply, Malama Talatu mentioned, the children died over suspected circumstances of malnutrition at Ringim junior Arabic IDP camp after being displaced by a ravaging flood.

DAILY POST reported that the flooding had ravaged many communities killing lots of and displacing 1000’s of households in Jigawa State.

She, nonetheless, expressed issues over the shortage of medical consideration on the IDP camp.

“Most of our children are currently under deteriorating health conditions they are suffering from fever, headache, malnutrition, cold and other ailments”

“For over three weeks there was no presence of healthcare providers we have to take ourselves and our children to the nearby hospital” she said.

She added that two girls gave delivery on the IDP camp and about ten different pregnant girls expect their new child infants any second.

She additionally appealed to governments and donors to help the victims with meals, remedy, clothes, blankets, and different gadgets to cut back their struggling.

“We took her to Sankara CMAM Center and they didn’t attend to us, we, therefore, took her to Ringim General Hospital where she died one week in the hospital”

Another Container Falls In Lagos 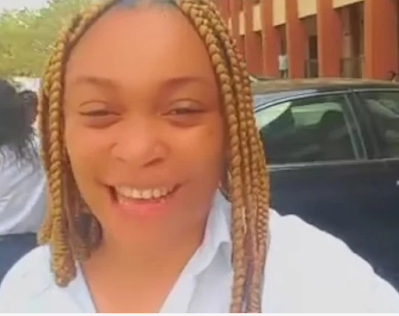 BREAKING: Tinubu Renews War of Words With PDP Over Attack On...

“There is no equality in marriage. Your husband is not your...

2023 Elections: FG backs US visa ban on Nigerians who undermine...